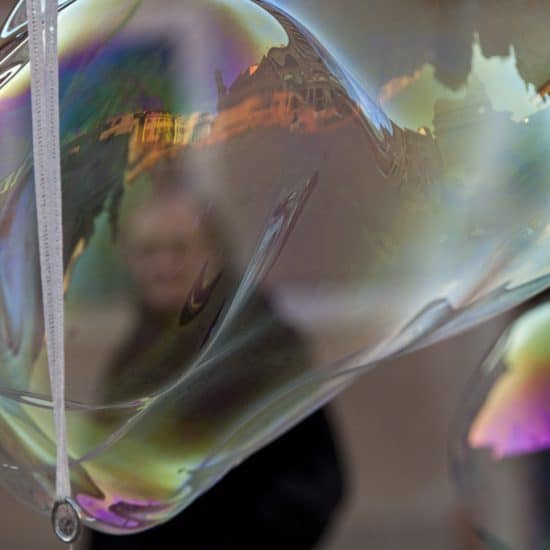 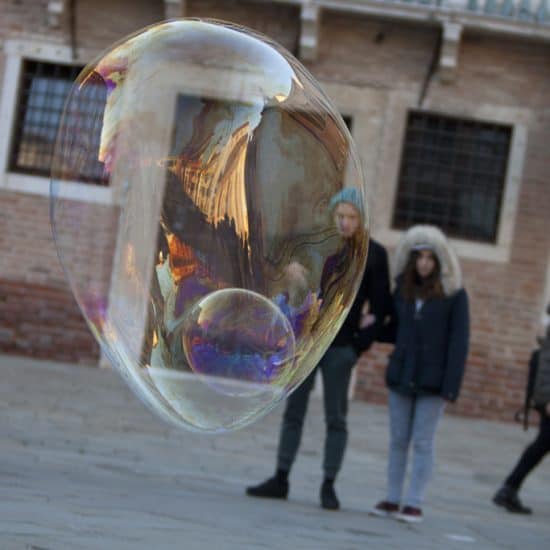 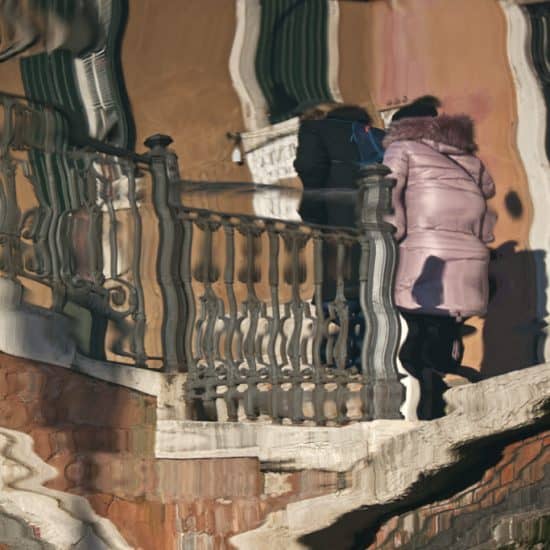 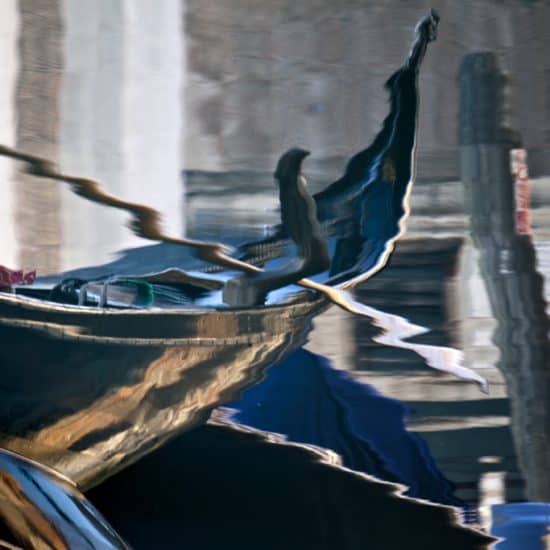 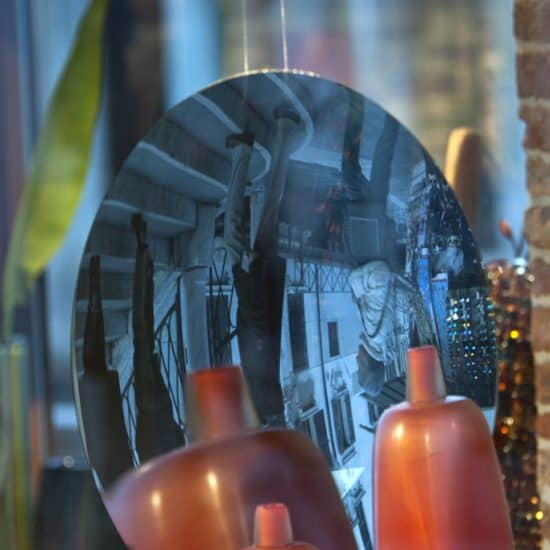 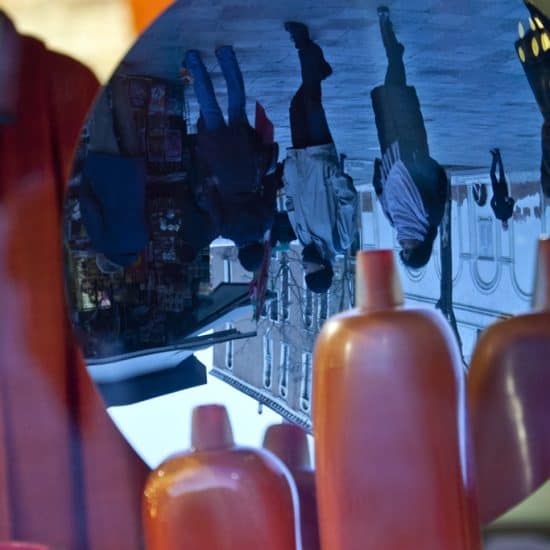 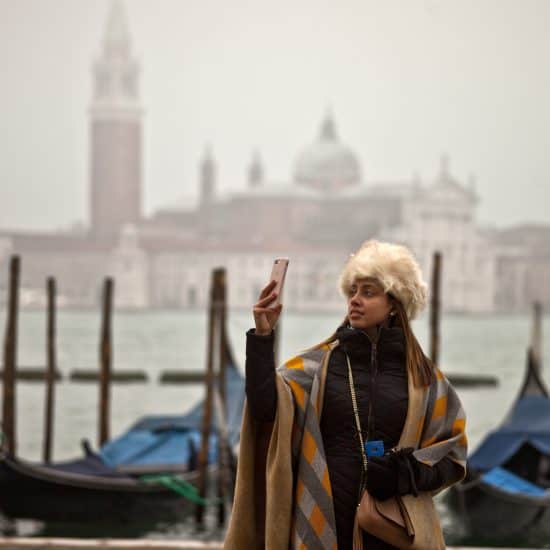 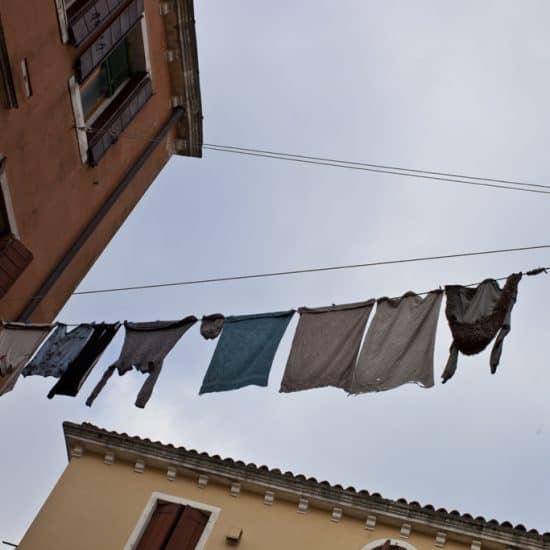 The everchanging reflections in the canals begged me to stop and stare. And stare I did where ever I had to cross one of the thousand and one bridges that linked different areas of the city. I preferred to see the upside down shapes and textures of buildings curl and dance in multiple rhythms. Each moment, each day that changed from sunlit to overcast to thin and thick mists, created different patterns. The mists that cast veils like cloaks around us. Was this part of the unusual feeling of camaraderie that I felt? It was as if all of humanity – that portion that celebrated the festive time of Christmas and New Year in Venice – became somehow linked in a glow of welcome. Maybe the upside-down scenes of buildings and bridges, people and more people tossed difference between strangers away as it did distinctions between up and down. The city landscape was soft and flowing, despite the marble paving, that reached into eternity.

Not only reflections in the canals, but also those in the window displays of hand crafted objects of desire, added to the surreal experience. Not to speak of the enchantment created by the largest soap bubbles I had ever seen. These were fashioned from two long sticks a young woman dipped into a bucket before she released the transparent flow of colour into the air.

In order to catch them in my lens before they disappeared necessitated some athletic jogs and dives. It was a race to be there at that very moment when the bubble would do something special. Like mimicking the distorted shapes of the surrounding buildings on the square of San Giglio. I managed to catch one bubble as it hovered just above the hands of the drummer who was patting out sounds from the metal instrument. At the same moment a little girl reached to poke her finger in the elusive transparency of soap. The next moment the bubble burst, but, ahhh, I got it! The girl and I both achieved our goals! Luck was on my side when I managed to grab the shot when a gigantic bubble seemed to swallow a man’s head whilst also holding a mirror of the writhing city behind me.